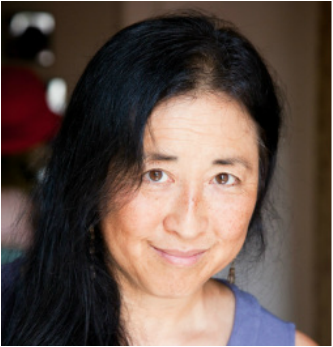 I first encountered Mr. Washington on the first page of the essay his daughter, Liz, submitted to apply for graduate studies in creative writing.  “With Daddy,” she wrote, “every minute was a surprise.  That was the whole beauty of being his daughter.”  Liz recalled an afternoon when she was eleven years old.  As she was walking with her family to a movie theatre, she accidentally dropped the last bite of a Snicker’s bar in the street and stood transfixed in horror.  This is what happened next:

"In one swift movement [my father] plucked the chocolate bite off the       ground and held it up in the air for appraisal, one eye shut.  I could see my own teeth marks imprinted in the morsel as he held it delicately between his fingers.  Turning to make sure I was watching, he popped it into his mouth and chewed it with dastardly relish, savoring the look on my face more than the taste on his tongue.

"He ate the candy right off the street!  Nothing could have prepared me for this.  I remember my mother’s face—one of the few times she was at a complete loss.  My brother and I jumped, hooted, howled and danced as if we had just won the right to break every rule in the world.  A lifetime of warnings about germs, disease, filth; all crumbled beneath the whim of my father.  This was my Dad.  I had to watch him closely because I never knew when he would do something legendary right in front of my eyes.  With this kind of father I hated to even blink."

The joy of transgression, passed from a father to his two children on a street in Poughkeepsie, New York, was a whirlwind of energy in Liz’s writing.  I was honored to work with her for the next three years in the MFA Program at George Mason University, where I teach, and read more about this legendary man.  The MFA thesis Liz completed three years later was a series of essays that explored her father’s dilemma of being artistic, brilliant, mentally ill, and black in the late 20th century to early 21st century America.

This story of the father-daughter relationship contained anger and bitterness as well as joy and love.  There was an episode about the father finding a strand of hair on the couch and exploding into a tirade about how he could not work as an artist in a filthy house.   In truth, the house was clean and filled with light; on every wall was the art work that the father had made.  The man was surrounded by people who loved him, and yet—just a few years after he relished that fallen candy in the street—he felt utterly undone by a strand of hair caught on the couch’s fabric and blamed his family for his frustrations and misery.  But even in this tragic account, the fearless spirit that he had taught his daughter dominates.  “What, exactly, was it that we could do to help?” the narrator wonders.  “Should we wrap our heads in turbans to control our hair?  Maybe run a daily check on the couch for stray hairs?”  These are the words of a strong person who refuses to be crushed by self-pity or fear—irreverent, defiant, and even humorous words she learned to write from a father who eats candy off the street and savors the sweetness.  The best of who he was sustained his children and protected them from the worst of who he became in his depression and misery.

I never had the privilege of meeting Mr. Washington in person.  He passed away during Liz’s first year in graduate school.  Still, I encountered him in her writing and also in his—when Liz gave me the Romare Bearden book that Mr. Washington had written in 1973 and Liz’s brother, Jesse, had reissued in 1999.  The essay Mr. Washington wrote for the book is a collage of poetry and prose, personal narrative and art criticism, commentary on American culture and politics, confessions of his anguish and the hope he found in Bearden’s work, stories of Bearden’s personal kindness.

Mr. Washington rails against “the full chill of the computerized age, with see-through skyscrapers, interplanetary travel looming out of demystified nights, and the white frost of universal violence perverting most visions, most dreams with oddly sterilized blood.”  I can’t believe that he wrote this passage in a book published in 1973 instead of, say, yesterday.  Against this background of violence and sterility, he astutely praises Bearden’s work as “a reinterpretation of the Cubists; more, a reinterpretation of the source of Cubism, and a reinterpretation of America. . . with transferred and real values from African, American, and European sources.”  He tells the story of how he first encountered Bearden’s work while he was working in a framing factory “where artists were required to think and act like art machines, obediently creating vacuums under polished glass.” He describes the moment when he found himself “holding in my hands the paintings of an artist I did not know that expressed so much of what was in my heart and consciousness.”  Mr. Washington was fired on that same day he discovered Bearden, for being an inch off on the frame he made for a painting by Robert Motherwell.   Inspired by Bearden’s work, he went back to painting and art.

The essay is a powerful homage to the beauty and courage of Bearden’s work.  Since Bearden worked in collage—combining photographs of ordinary people with African masks, for example, to create scenes of rituals that Mr. Washington described as “simple and direct, yet beautiful and disturbing”—the multi-genre and many-voiced approach of Mr. Washington’s essay is particularly apt.

And now, I’m honored to be here in the gallery to celebrate Mr. Washington’s work with his friends, family, and viewers in another kind of collage: his work on the walls, the spoken presentations of other writers and artists, and the performance of musicians.  Finally, I’m encountering Mr. Washington face to face, in his work, and taking part in assembling the collage he is still creating in the world.  Thank you for including me.